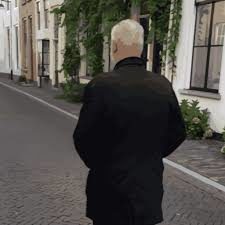 As a creative soul you have a big problem if you want to become a little more stoical. You flap about too much. You see too much, you hear too much and yes, you even smell and taste too much. You are open to all kinds of impressions simply because they conjure up ideas. Because when you see a problem, you immediately want to come up with a solution. Ears pricked, eyes watchful, the ‘antenna’ always unfolded, always open to new stimuli

Well, it is begging for problems then when you are attracted by the stoical art of living. A stoic observes calmly and will determine quietly whether a certain direction of thought can bring something. Whether it’s a way that deserves further investigation, or if it’s better for you to let this turn of the road pass you by. A stoic, at least as I understand it, does not flap about, they focus. They make a careful choice when it comes to an investment of their attention and intellectual capacity.

Is it something that’s within my power? Something I can assert influence on or is it something outside my reach? Matters you have little control over. Such as the unpredictable weather and the equally unpredictable behavior of others. No, it’s better to examine your own thoughts and actions and to strive for improvement there. One thing is for sure, the moment will come when we die, that can’t be helped, a stoic accepts this. But what you do have control over is to eat healthy and to move daily, to relax. That’s an art you can acquire through meditation, walking and choosing the appropriate food. Quite a challenge for a stoic to be.

In the creative professions, especially in the media, we are driven by haste and deadlines. Does this produce the best formats? I really don’t know but, apart from an occasional brilliant brainwave, I don’t think so. A very good stimulant for me, when I’m in a developing process, is to crawl away from my computer and walk through the city. During my walks I stick to a special tempo. I only count the steps of my right foot. So, two steps count for one single step. This is relaxing. And allows you the time to look around and indulge in an occasional chat. Everything you see and everything you hear can result in a good idea. Often surprising discoveries. And much more fun than staring at your computer screen.